Most people walk to Villafranca, but I decide to stop in Pieros to stay at a small private albergue. I sometimes choose private albergues because I can make a reservation and most of the time they offer home cooked food for a small extra price. The food is worth it. Most restaurants offer the same dinner. Salad with oil and vinegar, fried chicken or fish with french fries. Since most of my day is spent walking outside, there are no bathrooms. I try to eat nothing fried so I can maintain a bathroom schedule. Imagine having to find a spot to go, especially in the meseta when there are no tress or bushes to even hide behind. Just fields of grass.

The morning view is impeccable today. Pink light kisses the top of the mountain range as it slowly makes its way over to me. 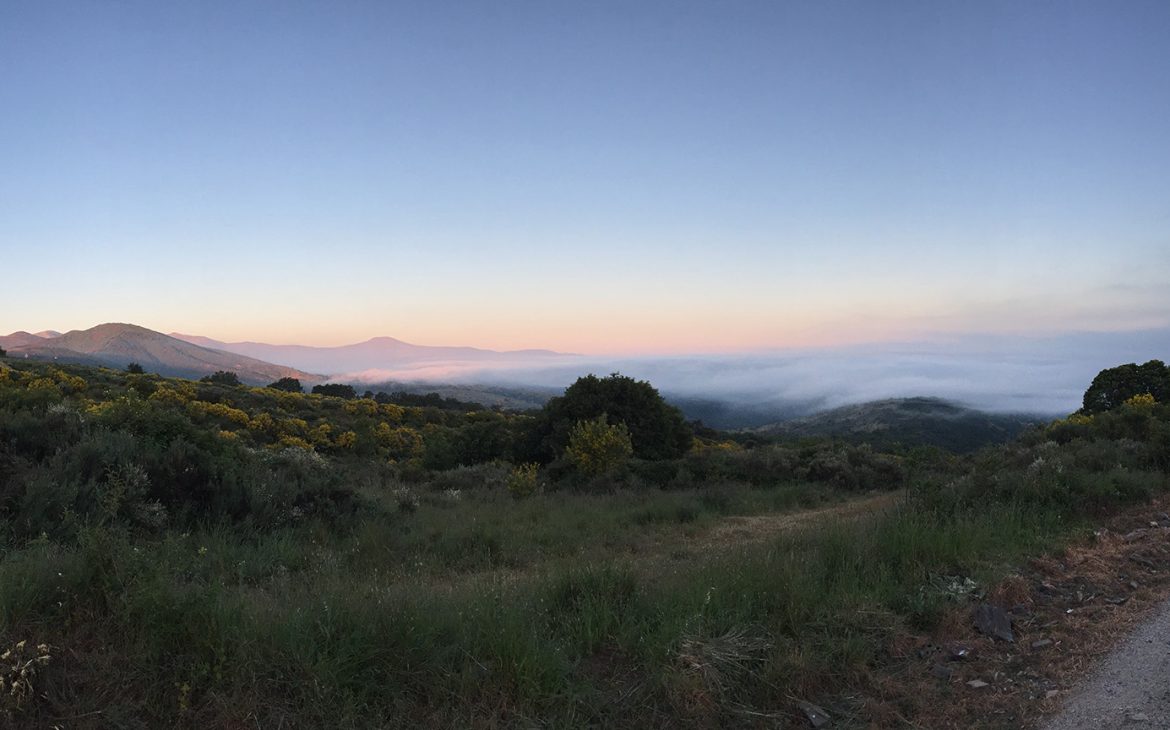 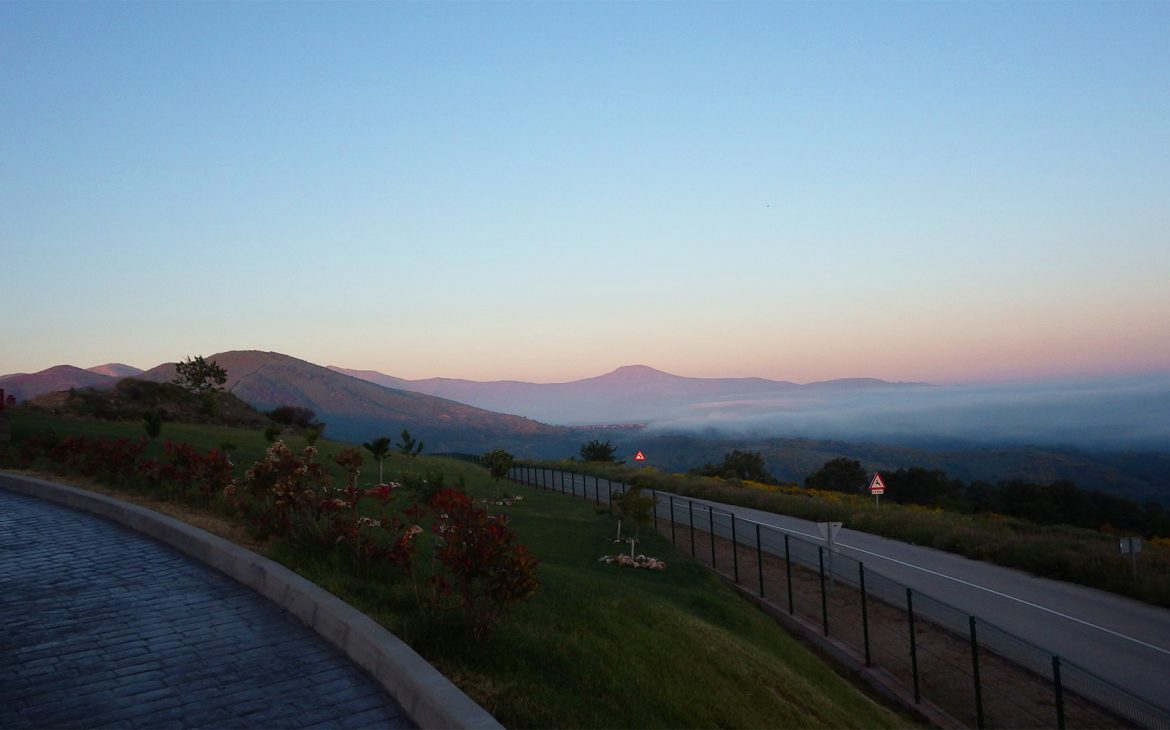 To stay in Peiros, I have to veer off course from the route in my guidebook. I haven’t really seen anyone familiar today.

Spain is known for its churches and templar roots. I pass by the first castle I have ever seen. Castillo de los Templarios. A 12th century templar castle. Ponferrada came under the protectorate of the Templar Order by decree of King Fernando II in 1178. This castle, originally built by Ferdinand II of Leon in 1178 was gifted to the Knights Templar to assist them in their duties, and to provide them with a sturdy base of operations.Their official presence here was short lived as the Order was outlawed in 1312 and disbanded by a Church fearful of their increasing power and esoteric traditions. 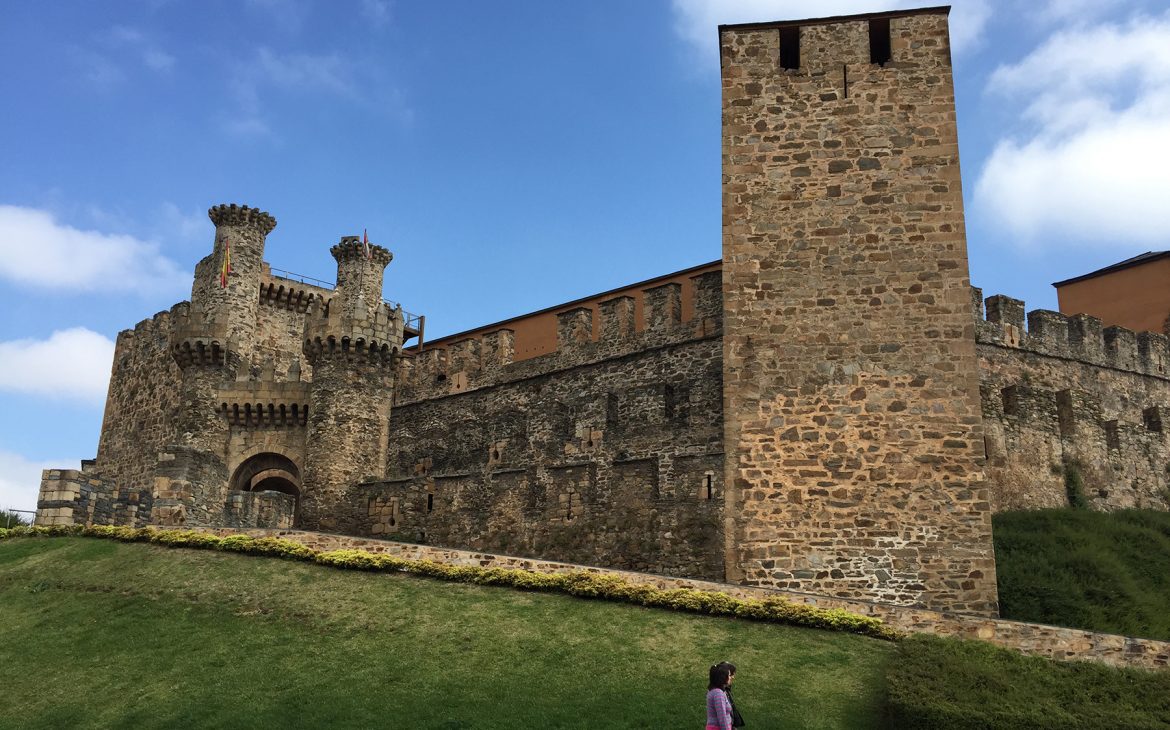 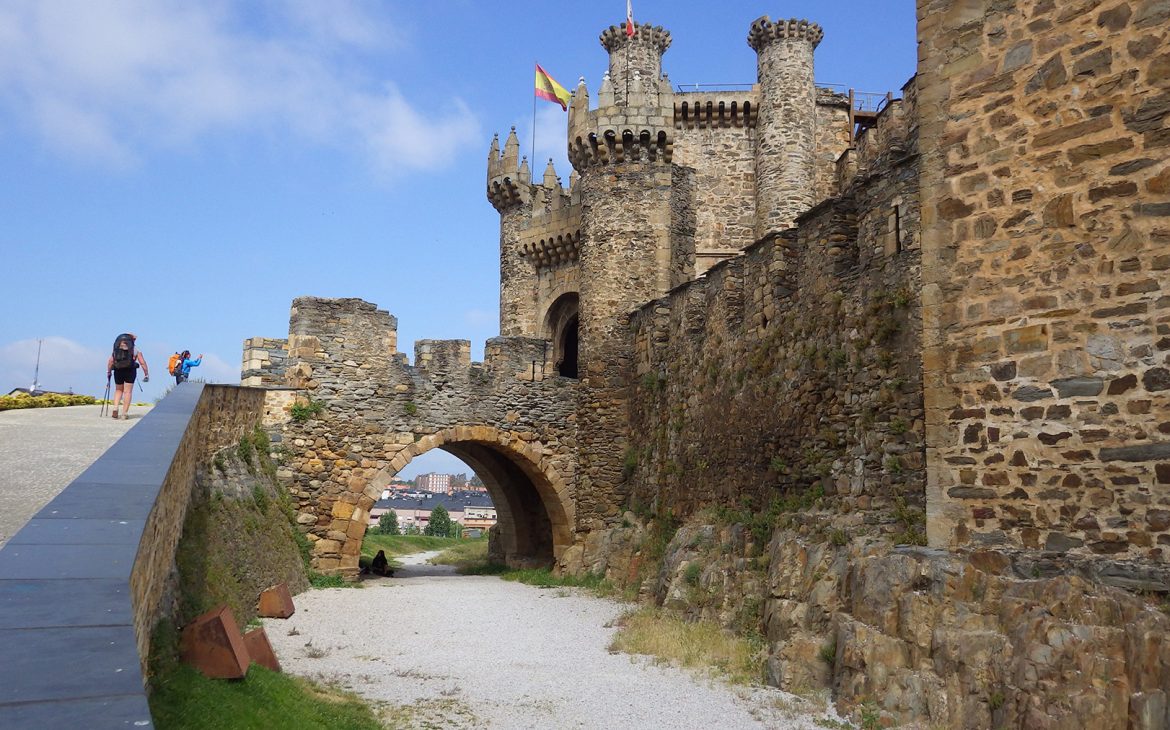 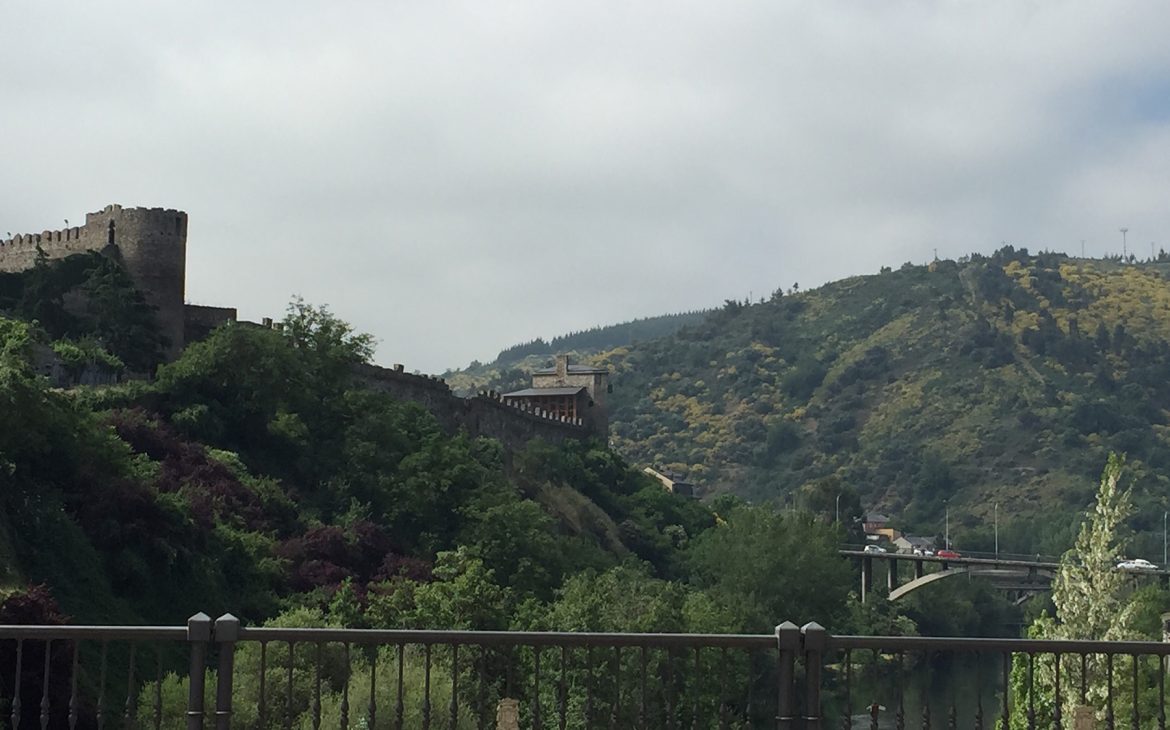 The Camino de Santiago has its origins in pre-Christian times when people of the Celtic/Iberian tribes made their way from the interior to land’s end on the Atlantic coast of Galicia. For them, watching the sun set over the endless waters was a spiritual experience.

The knights of templar play a large role in modern society today. The templars was created to help protect pilgrims, like myself. Most pilgrims were common men and women, starting as a pagan tradition making pilgrimage to worship the sun in Finisterre, the most western point in Spain. Many thieves tried to take advantage pilgrims. The knights of templar formed to protect pilgrims. They offered to carry any precious goods, so no one would not take them. This is the origin of our current banking system.

Christians are attracted to this remote corner of Europe because of a legend that Santiago de Compostela is the burial place of the apostle James the Greater. As such, it ranks along with Rome and Jerusalem as one of Christendom’s great pilgrim destinations. 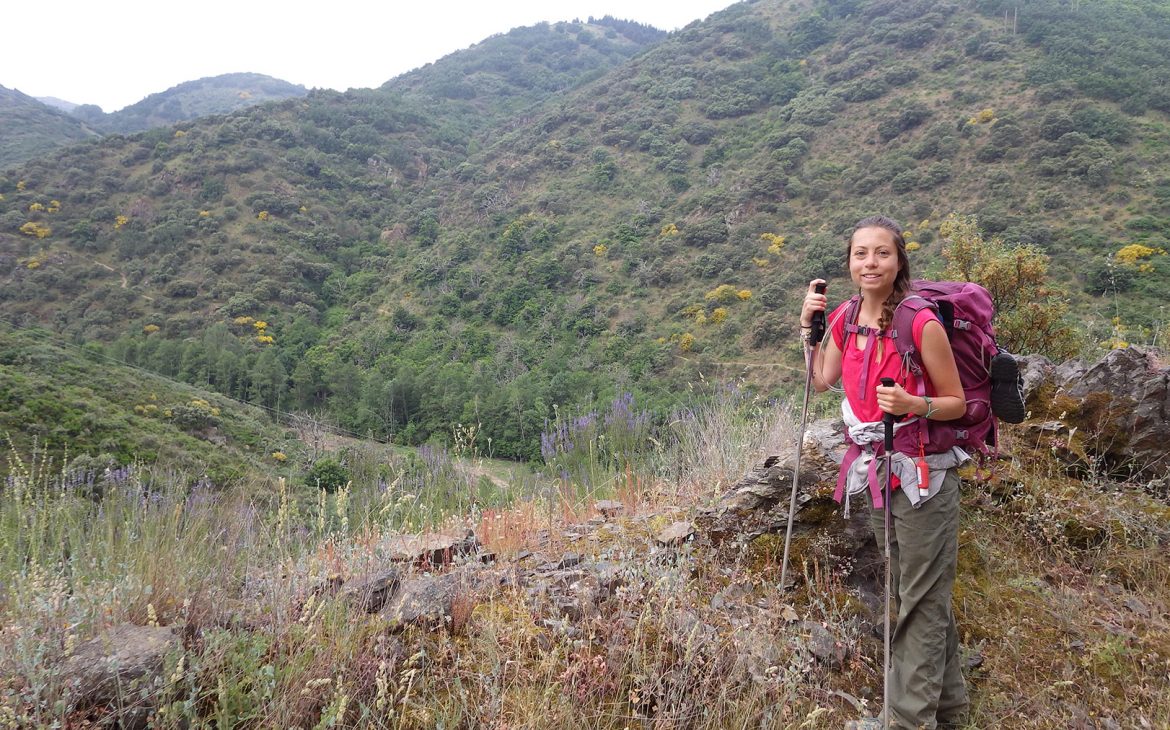 I found Albergue El Serbal y la Luna in my guidebook. It offers vegetarian cooked meals, which is what attracted me. I have been craving vegetables while in Spain. Most people eat the same foods every day. Lots of eggs, bread, cheese and chicken. This albergue is small, cute with a couple who is hosting  and cooking for us. This is one of the first albergues where I have learned that hosts can run them. Most private albergues have owners who run them, nuns or monks run the monasteries and some donation based have no one and is up to the pilgrims to maintain. A cute couple is hosting this albergue for a season. A really cool option to travel, have a place to stay and help people on their pilgrimage. 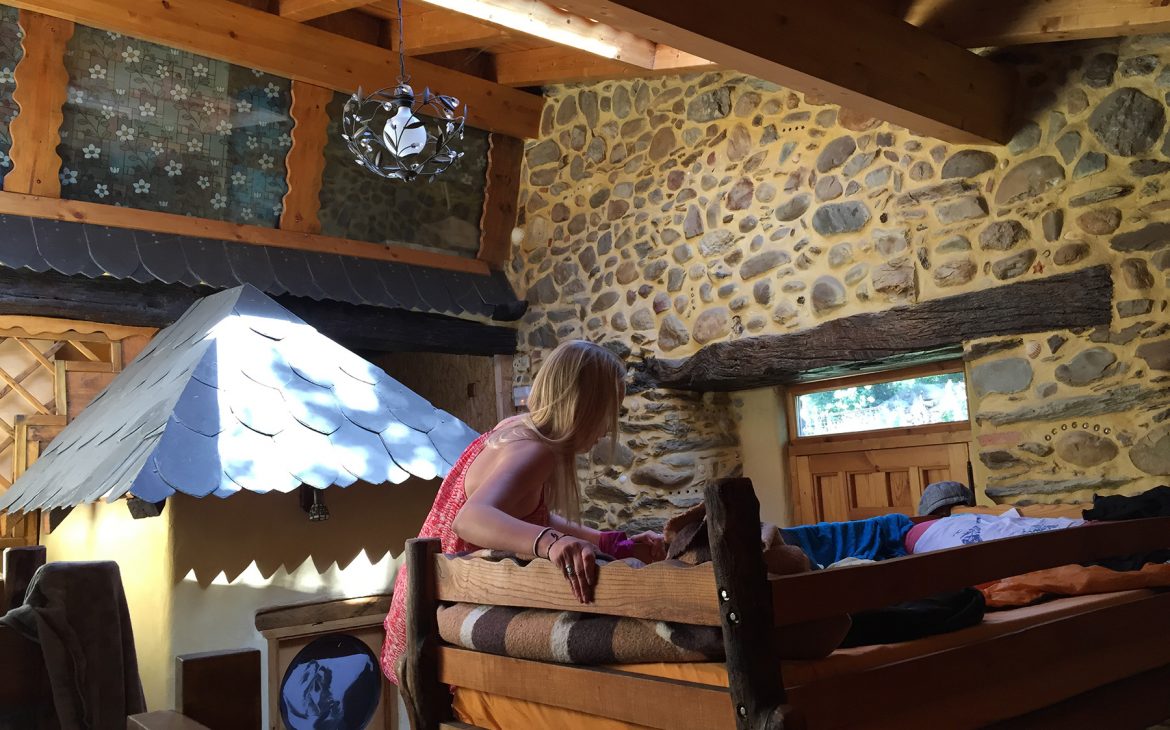 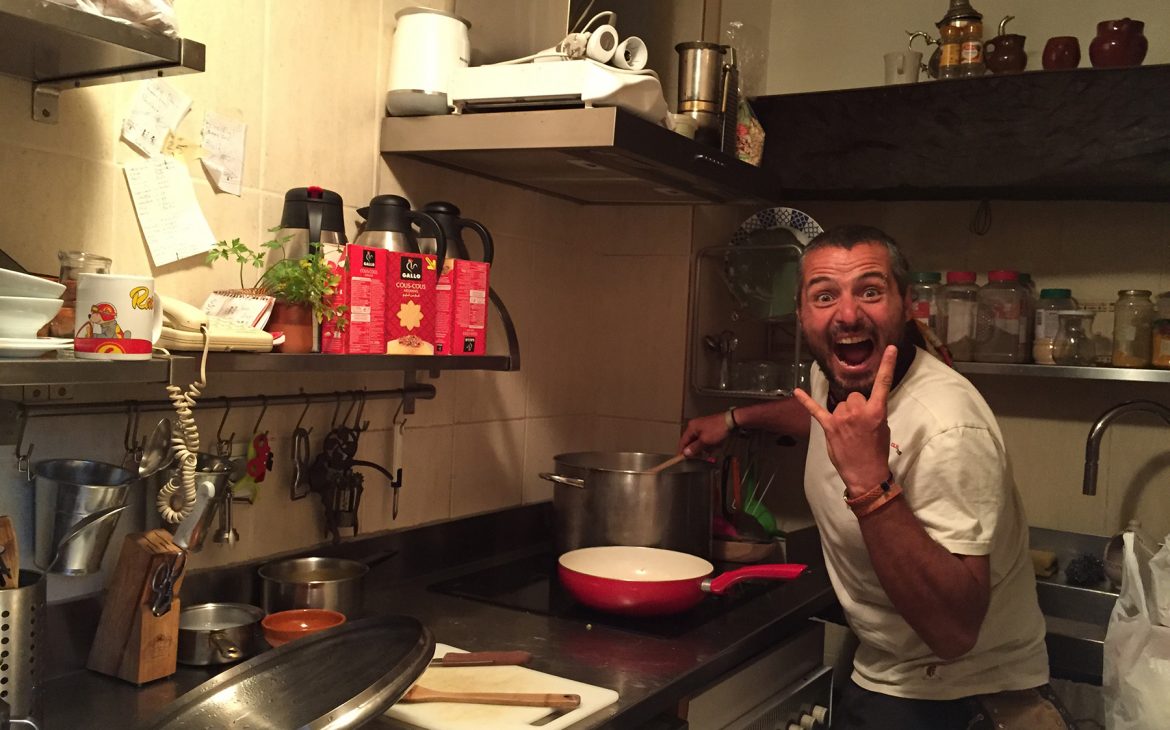 Our Host Cooking For Us

There is a small group of us staying here. Must of us keep to ourselves, quietly reading or just enjoying being here. There is no wifi, which is common and embraced by most.  I highly recommend this albergue to anyone walking the Camino de Santiago. 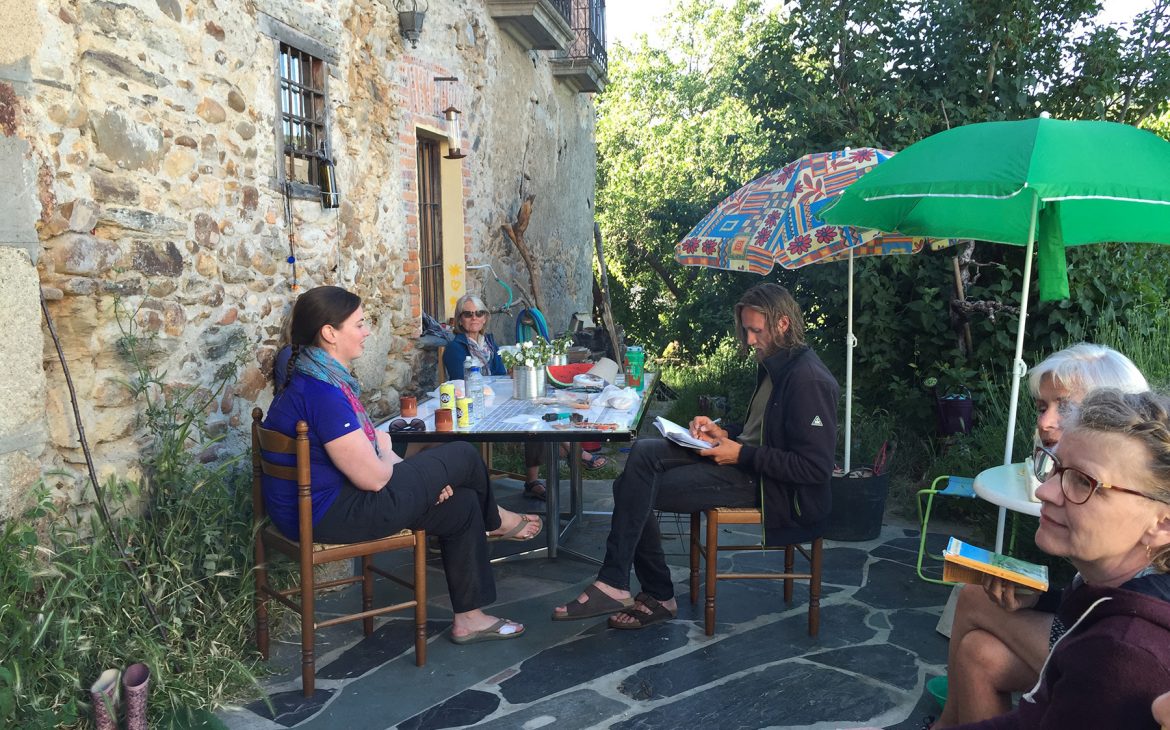