There is day hiking, section hiking, and then there is thru-hiking. Many people attempt to thru-hike the Appalachian Trail (A.T.) every year, but few actually complete it. In fact, in 2021 approx. 3300 attempted to thru-hike the A.T. with only around 20% completing it within a 12 month span. In September 2022, Larry (Dave) Alley was one of the successful thru-hikers. Larry hiked the entire Appalachian Trail, from March 1 – September 7th. Over 2,194.3 miles from Springer Mountain, Georgia to Baxter State Park, Maine. Larry was known as “Alley Cat” on the trail. A name that is fitting for this fish out of water who spent most of his young adult life on the streets of Detroit.

Larry was inspired to hike the A.T. after the passing of his sister. He spent winters visiting her in Tennessee; helping her while she was battling Cancer. After she passed, Larry traveled to visit his relatives in Springer Mountain and is where he stumbled across the beginning of the A.T. He thought to himself, “Maybe I will hike it some day after I retire”. Shortly after he was hospitalized with covid from the Delta variant. He developed covid related pneumonia that took about 4 months to recover from. During that time, a couple of his friends passed from covid. After he recovered, Larry felt frustrated with the state of world. He also felt that life is short and so he decided that maybe now is the time to do that hike.

Larry, being fairly new to backpacking, started out with a 50lb pack that he eventually dwindled down to 38lbs. It was a learning experience for him. He replaced lots of gear along the way. He went through 3 tents, 3 air mattresses, 3 trekking poles, 6 pairs of shoes and two sets of rain gear. Some worn and tattered, others to help improve the quality of life on the A.T. He lost 34lbs, went 11 days straight without showering, pulled an IT band and hiked for a total of 191 days. More importantly, he celebrated 21 years sober and his 53rd birthday while he was on the trail. 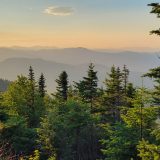 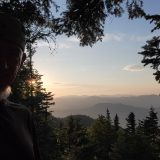 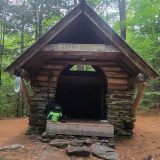 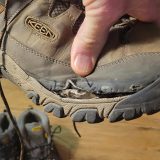 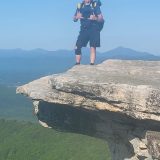 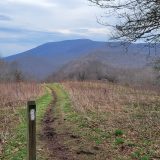 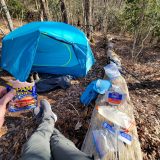 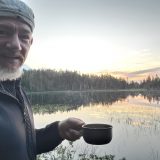 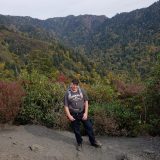 Completing the A.T. is an accomplishment in itself and an inspiration to us all, but Larry’s story is a little different. He not only beat the odds at completing a successful thru-hike but he also beat the odds at sobriety. Larry’s sobriety date is July 6, 2001.

Larry was born and raised in Southwest Detroit. His family moved around and eventually he landed in St. Clair Shores with his Dad after his parents split. At 16 he got his high school sweet heart pregnant and had their first child at 17.

Larry felt the pressure to make money in order to care for his girlfriend and child. His friend that he was hanging with at the time, always seemed to have a lot of money. Larry asked him how he made his money and is when his friend introduced him to Breaking and Entering (B&E). Larry joined in and was able to make some money to take care of his new family.

Eventually Larry felt he had saved enough money and wanted to stop the B&E. His friend wasn’t happy about that. One day, his friend brought over what Larry thought was some hash oil. Halfway through his first hit, Larry knew it wasn’t hash oil; it was Crack Cocaine. All it took was 1 hit for Larry to want more and continued B&Es with his friend to fuel his new habit. Larry blew all the money he had saved on crack which started the downward cycle that lasted 14 years of his life.

Everything revolved around drugs. He was kicked out of his parents house. At 17 he was arrested for a B&E for the first time, was tried as an adult and went to jail for 10 months. Him and girlfriend married, had their second child at 19 and was divorced by 21. Things got worse and worse from there.

Over the years Larry lived a junkie lifestyle which at times sounds like a rock star. He spent many nights partying with “friends” doing piles of cocaine that would last 3-4 days; until the drugs ran out. He once stayed awake for 16 days straight.

He eventually got involved with guns and put himself into some very dangerous situations. He has endured gun shots and knife wounds. Been hit with baseball bats and 2×4’s that has put him in the hospital on numerous occasions. He sold drugs or stole for money, was involved in crimes and has been to jail on several occasions for drug offenses.

At rock bottom, Larry weighed 130lbs and was what he calls himself “A full on free basin coke head”. He slept on the streets, in abandoned cars/houses and hotels if he had the money. His family had disowned him awhile ago and he had no contact with any family or his kids. He tried to quit on several occasions, mostly after his stints in jail but always ended up going back to what he knew.

Larry describes being a drug addict as having no other choice but to scam and live in a cycle of survival. Spiritually, physically and emotionally it is exhausting. Every day is working out deals, avoiding certain people, getting money any way you can to refuel the supply. Towards the end, he began to question why he was doing the things he was doing. He felt bad about himself; he knew he was a dangerous person to be around, but didn’t know how to change. From such a young age he entered into this lifestyle and didn’t know any other way. He now sees this period as when he began to get honest with himself. It wasn’t until he was in a situation that he jokingly admitted that he was a crack head is when it hit home for him. This was the beginning of the end of this way of life.

At 31, Larry went to jail for the 3rd time. They wanted to put him in prison. Luckily, he was offered a deal to go to rehab instead. At this time, he was starting to have revelations about himself, he was 31 and had nothing; no money, no job, and no family. He chose to go to rehab.

Larry completed his 90 days at Harbor Light. He entered into a 3/4 house and continued his recovery. He eventually became Client Government President of his rehab program. Larry was doing all the things; was clean, picking up the kids and paying child support. His ex-wife, who always wanted Larry to be the man she loved, came back into his life. They rekindled their relationship and re-married in 2010. They have been together now for 19 years.

Larry explains how rehab and jail are only an opportunity to better oneself if someone wants it. One person can go to jail or rehab and leave unchanged while others can. No one can make someone ready, it is solely up to the person. Larry now realizes that the feelings addicts often want to avoid by taking more drugs, never really go away. Avoiding the pain keeps the cycle going. If a person decides to experience it, the pain eventually goes away.

For any recovering addict, being sober is a conscious decision to not use every day. Eventually this decision can feel empowering and becomes easier to maintain. When Larry became sober, life began to change. He started to make better decisions for himself and the world opened up. Life became easier. He started a successful construction business which has grown through out the years.

Something people don’t realize is that being clean, over time, life can feel boring. For Larry, life on the streets was rough but was exciting. To fill this need for excitement, him and his son joined a softball team. He started playing poker again and even competed in the World Series in Vegas. (He had experience playing poker in jail and became pretty good at it.) In his 40’s he learned to skate, joined a hockey league and won championships. He picked up cliff diving and sky diving in his 50’s. He has traveled all over the world and has recently completed a successful thru-hike of the Appalachian Trail.

Larry explains how The A.T. gave him an opportunity to disconnect from work, life and responsibility in a different way. It allowed him to reflect and think, reconnect with himself, regain perspective, clear his head and find the beauty in life again. 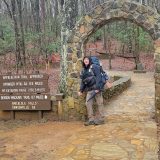 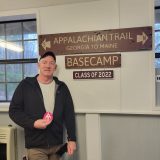 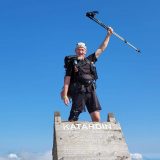 Larry is often reminded to remain humble. He stresses that he doesn’t want this piece to glorify him but rather be a truthful and honest representation of his past and who he is today. He is also a testament that recovery works and there is so much life can offer. Larry is an inspiration to many, an active part in his community and family and I think can now consider himself an adventurist.