It’s another day of work in the office today.  It is mid summer and the sun is hot.  We all jump at any chance to get outside like kids during recess from school.  It is food truck day today.  While waiting in line for my lunch, I overheard a worker talking about a teenager he knows who lives out of a car.  The worker was going on about how he doesn’t have to, but chooses too, to save money.  Of course being a lover of all things different, I was interested.

I had the opportunity to meet with Walker and listen to the wisdom that comes along with someone who is making a choice like this.  Walker is 19 years old and has been living out of a car since February 2017.  He made the choice to move out of his apartment with friends and to live out of his car to save money while going to school.  His family was confused and did not understand his decision.  Even though Walker had the money to rent an apartment, it wasn’t all about saving money that interested him.  There was more.

While in tenth grade, Walker read an article about a college student who lived in a tiny house while going to school to pay for his college.  Walker was intrigued and became fasciated with the tiny house movement and renewable energy.  It made more sense to him to have and waste less.  It became his dream to one day live in a tiny house and eventually live off the grid.

When the opportunity came to make his next move, Walker felt the calling to begin pursuing his dream.  He didn’t own a van nor had the means to build his tiny house, so Walker figured the next best thing would be to live out of his car.  When I met Walker I was shocked to notice that he not only lives out of a car, but one of the smallest cars you can own, a mini cooper that he calls Stella.

Walker is currently going to school at MIAT College of Technology for Energy Technology.  He is making progress towards his dream of incorporating efficiency and purposefulness into his life.  He admits that it is all not that glamorous living out of a car.  There is barely enough room to sleep with a bag full of clothes, toiletries and a cooler of food.  It was lonely for him, he moved out of a place with friends and now lives on his own.  He no longer has the comforts of company or tv.  It took some adjusting.

Walker has always loved riding his bike.  As a child it was something he could not get enough of.  It took a couple of months for Walker to create his new routine.  He put down his phone and has incorporated riding his bike back into his life.  Walker currently goes to school during the day and works at night.  During any down time, which is not much, he visits his local skate park and rides his bike. 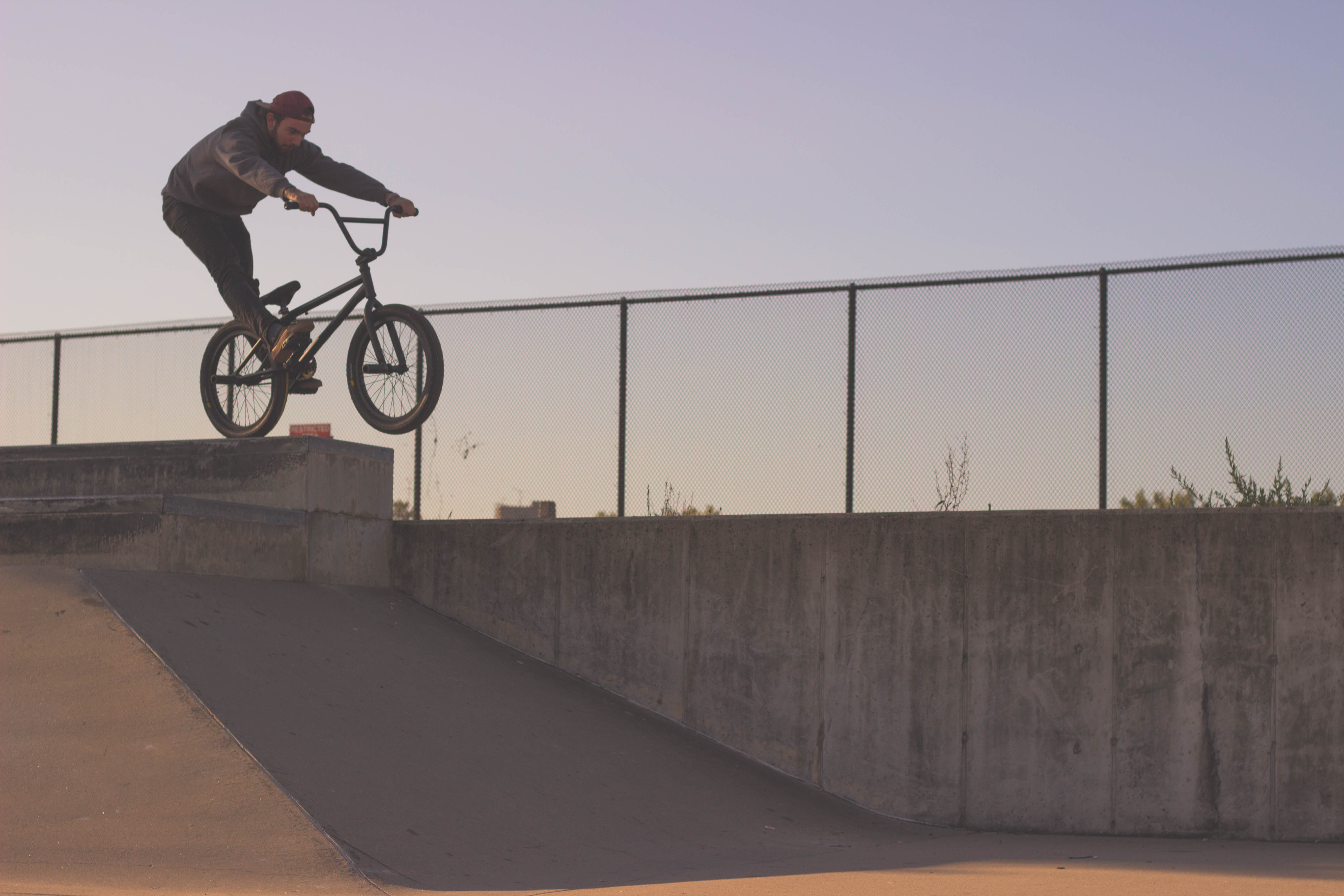 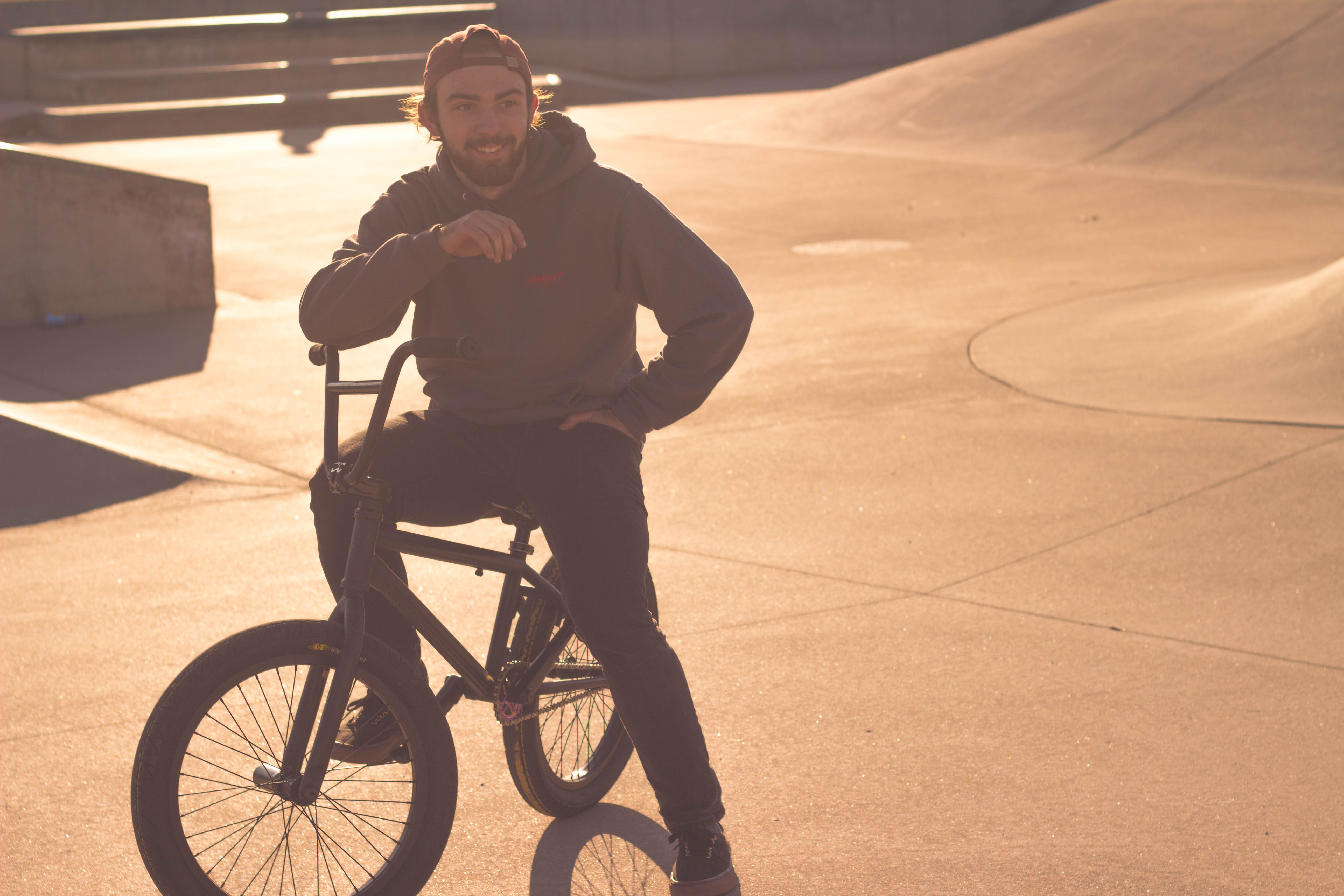 Walker has a passion for his lifestyle.  It is beautiful watching someone stand behind their beliefs and continue down a path that not everyone understands.  He sees the value in letting go of wasteful activities and things.  The wisdom he has learned has made this experience worth it.  Having to live in a small space has opened his eyes to what is absolutely necessary to survive.  He finds himself doing more things that he loves like riding his bike and exercising.  He has gained a sense of pride and independence that makes him happy.  This is only the beginning of a more permanent lifestyle for Walker.

The logistics of living out of your care are surprisingly simple.  He has asked permission to park in a 24 hour open business.  He has a gym membership that is open 24 hours that he uses to shower.  He folds down his passenger seat to sleep on a platform he built with a pad and sleeping bag.  He has a bag of clothes and toiletries and a cooler of food. 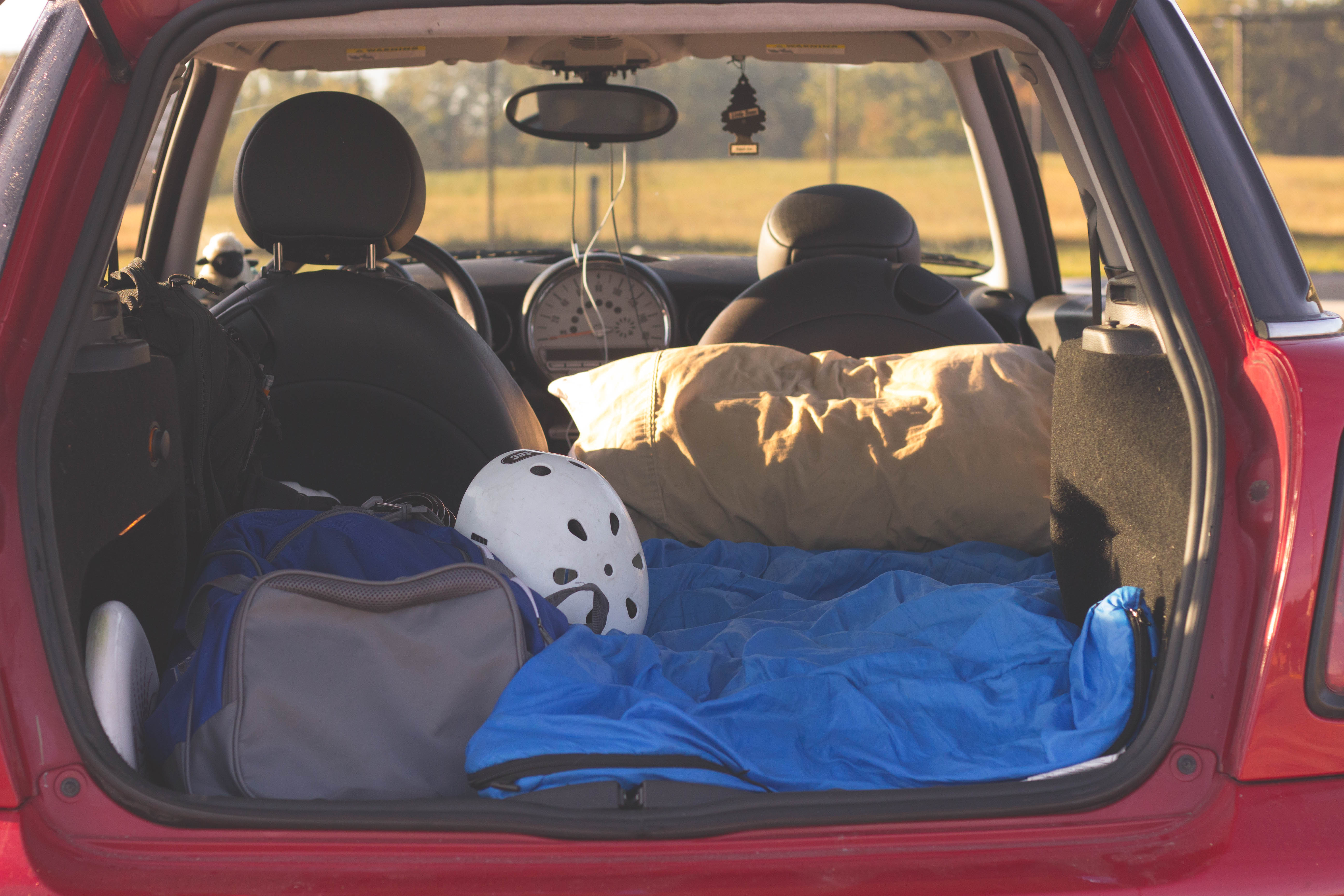 It is amazingly clear to me how little you actually need to survive.  As Walker puts it:

Walker plans on upgrading to a van or possibly building his mobile tiny house.  He wants to travel in his home while working as a wind turbine technician and live off the grid.

Angie & Rina – Back Road Divas – Founders of The Vintage Market