If you were to have asked me what the face of homelessness looks like, I would have never described a mother of five who founded the non-profit You Affirm Self.  There is an undeniable generalization that goes along with homelessness.  Homelessness doesn’t just happen to addicts or to those with mental illness, it can happen to someone who at once had it all together.

Angela Nicole found herself homeless during a difficult transition in her life.  Like many women, Angela got married at a young age (19) and had her first child a year later.  Her marriage for the most part was good, but unfortunately took a turn towards the end.  She had been married and living in San Diego, CA for 7 years before her marriage unraveled and became abusive.

At the time, Angela did not want to leave her marriage.  She can relate to so many women who stay in abusive relationships.  She knew and loved her husband as someone different and didn’t view him as an abuser.  It was something that she kept to herself and believed she could fix.  Angela left many times, but always found her way back to him.  She traveled back and forth with her kids from San Diego to Michigan to try and make things work, even getting pregnant for the 5th time.  It wasn’t until her last trip back to CA, when after some disagreements, he threatened her life.  This was a wake call for Angela.  She knew it was time to leave for good.

Her intent was to get a restraining order and move back to Michigan.  After trying to file, she was informed that her husband had filed for sole custody.  This halted any plans on moving and forced her to stay in CA.  Without the support of her husband and being a stay at home mother, Angela did not have the means to afford housing.  She turned to a shelter that offered a secure parking lot for her and her kids to stay in their van.  This was a good option because it offered more privacy for her family and her son who was recovering from cancer. 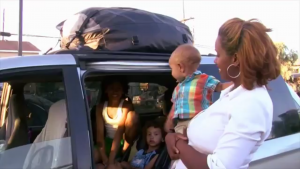 Most shelters only provide short term stay and often do not have immediate availability for a large family.  It is common to have periods of time with no where to go.  Angela and her children stayed at 5 different shelters and at times lived in her van, a tent, or with complete strangers to keep the family together.

I was told that since I did not want to separate my children or send them to a school with other homeless kids, that I could not stay there.  I was all about keeping the family together.  They have to know what that feels like to get through hardships as a family. 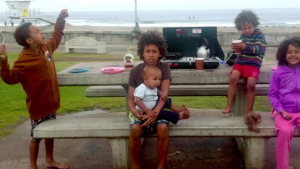 Common protocol in a shelter is to make sure a mother is capable of taking care of her children.  The perception is that a person who is homeless has no goals or aspirations and needs to be told how to live.   Angela often found herself on the defense when having to rely on shelters for a home.  Angela felt that keeping the family together and teaching them how to go through something together was more important to her than separating.

Between fighting for custody of her children, taking care of a 6 month old, and coordinating a place to live, Angela felt the uncertainty and pressure of losing her kids regardless of her ability to be a good mother.  The thought that she could possibly not have her kids was something Angela feared most.  This was one of the lowest points in her life.

“I realize that I had to fix the emotional component that never felt like I had a home before I could fix the physical.”

Angela knew that she was emotionally homeless before she was ever physically homeless.  As a result of being homeless, she was left with having to face the emotional scars which led her to her childhood.  She lived in a home with an abusive step-father that made her feel like less than a dog.  She married her husband who she felt was her only home and when that was gone she did not know what home was.

Some of our darkest and lowest moments in life can often become the most transformative and life changing.  It is in those moments when suffering has become to painful to live with and we decide to choose something different.  Angela saw her pain and knew that the only way to change her situation was to work on the emotional wounds she had been neglecting.  It was during this time, is when Angela was able to begin to heal.

Root Down to Rise Up 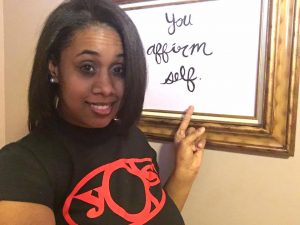 Angela took baby steps towards building a better relationship with herself.  She recited affirmations in her car and read books by Abraham Hicks, Deepak Chopra and Les Brown.  She followed the law of attraction and created vision boards on what she wanted for herself and her family.  Creating a non-profit to help women feel better from the inside out is what Angela knew she wanted to do with her life.  She wanted to become a public speaker and help anyone going through hardship; to provide hope that they can be the creators of their own life.

Angela was on the brink of losing her custody battle.  It was a blessing that before a final hearing, her name got pushed to the front of a line for a shelter to house her and her children.  Because of this, Angela was awarded sole custody since the shelter provided more than the studio apartment her children’s father lived in.  After 3.5 years of being homeless, Angela and her family were finally able to move back to Michigan and find stable housing.

Angela went to work, making her non-profit dream into a reality.  She called shelters and offered to provide a day of beauty.  The Day of Beauty would provide volunteers to give makeovers for men and women staying in shelters.  The purpose is to assist people to look good on the outside while providing tools to feel better on the inside.  Angela gathered a team of hair stylists, barbers and make up artists to offer their services to the shelter for free. 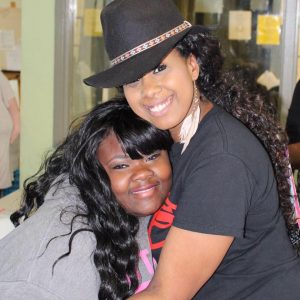 As of today, Angela has hosted many different events at many shelters.  Some events she hosts are: A Day of Beauty, Back to Self Workshops and Prom Makeovers.  Her latest event is geared towards young girls 11 – 17, Love You Naturally.  These girls have experienced things like rape, abuse and trafficking.  It’s purpose is to teach young women to embrace their natural beauty.

Most of these girls do not have a positive representation of males.  She purposely exposes them to male leaders in the community to gain a more positive experience and perception.  They discuss how natural beauty is desirable and to encourage embracing their own natural beauty.  She wants the girls to feel what it feels like to be told they are beautiful the way they are.

I want to change the image of homelessness.  Sometimes people are going through a transition and uncontrollable situations happen.  On a spiritual plain, sometimes destruction needs to happen for transformation.

Angela can relate to most people that stay in a shelter.  Their stories might be a little different, but the feelings people carry are similar.  What is interesting is the unworthiness most people feel.  Angela tells me how some did not even want to participate.  They felt they are unworthy of a day of beauty.  This is why helping someone work through those emotions of unworthiness, shame and guilt is so important to heal. 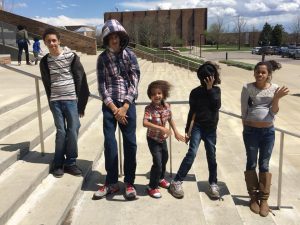 Today Angela reflects on some of her lowest moments.  She is grateful for what she and her family has gone through.  She believes that having gone through divorce and homelessness has brought her to herself.  On a spiritual level, Angela knows that she lost herself in her marriage.  The rug needed to be pulled from underneath in order to find herself again.  She has learned how powerful the law of attraction is.  She credits it to her way out of a difficult time.

The divorce is the best thing that has ever happened to me because it brought me to myself. 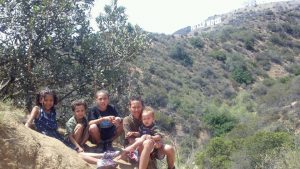 One of Angela’s proudest moments is when she talks now about being homeless with her kids.  Her kids do not even remember a time when they were homeless.  Angela is proud to have maintained her family unit and never made her kids feel homeless.  Angela made sure to still provide a good environment emotionally and spiritually for her kids.  She did “normal” activities like taking her kids to the beach and never let being homeless define them.

I knew Angela for over 3 months before I first heard about her time being homeless.  I have never gained a friend to later learn about struggles I can not even imagine.  Angela carries a natural beauty and confidence that no one would ever guess what she has been through.  I am honored to be a friend of hers and am so proud of the work she does.  Even though financially the reward is small, but the internal payoff is huge and essential to her own healing.

For more information on how you can help, follow the You Affirm Self Facebook page for a list of upcoming events and ways to get involved.  Donate here to help You Affirm self continue to provide free services to shelters in the Metro Detroit area. 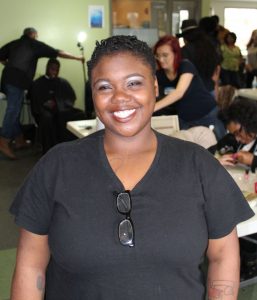 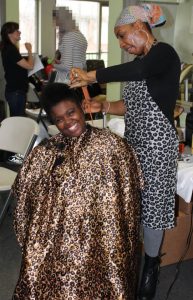 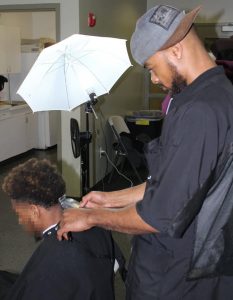