Mushrooms have been around for millions of years. According to evolutionary science, the earliest organism on the planet was, in fact, a giant mushroom. The Prototaxite fossil was discovered in Saudi Arabia in 1859 and dates back to over 400 million years. This fossil was once thought to be a conifer or tree like species but was ruled a fungi, reaching heights of 20 – 30 feet. Over 1.4 million species exist on earth today, many of which are still unidentified. Out of these, 700 species are known to have pharmacological properties. 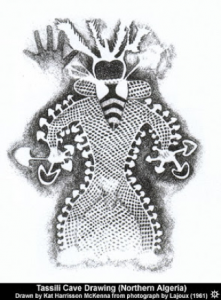 The oldest recorded history of mushroom use dates back to 5000 BCE. In an Algerian cave, a Tassali image known as the bee-man of Tassili depicts enlightened mushrooms surrounding a dancing shaman. This image suggests sacred use of mushrooms and their heightened properties.

The oldest written form of medicinal mushroom use dates back to 3000 BCE from an Indian medicinal exposition. The Chinese also have a long, copious relationship with the use of medicinal fungi. The Mycoflora was written by Chen Jen-ju in 1245 AD, devoting great detail to 11 species of medicinal fungi. 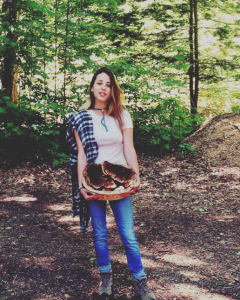 As an Environmental Scientist and amateur Mycologist, I have been fascinated by fungi and began studying them over 7 years ago. The importance of fungi for food scarcity, human health and environmental remediation is something many times overlooked.

Here are some of my favorite medicinal mushroom species ( in no specific order) and share information about their history, benefits  and niches. So, lets stop our stargazing and consider the ground beneath our feet. 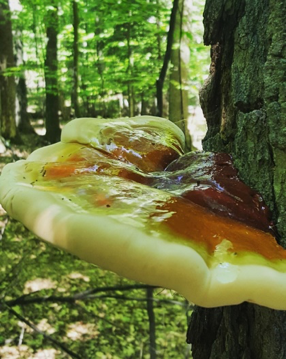 Ganoderma lucidum – Reishi or Ling Zhi is known as the tree of life or divine mushroom and the mushroom of immortality by Chinese and Japanese cultures. Having been used for over two thousand years, its benefits include analgesic activity, general immune potentiation, muscle and central nervous system relaxation, radial, bronchial and liver protection.

Chemical properties of this shelf like mushroom includes amino acids, steroids – ergosterols, protease, lysozymes, lipids, alkaloids, vitamin B2 and vitamin C. Minerals include; zinc, copper manganese, iron and germanium. The mushroom contains almost 41 percent of beta-glucans.  Having these chemical components the mushroom acts as an antiviral, antitumor and antibacterial.

The Reishi mushroom is a polypore or varnish shelf that grows well on hardwood trees like elm, alder or oak. Its spores are released from pores instead of gills. This mushroom can be found and harvested around Southeast Asian, North America and Canada from mid-summer to late fall. 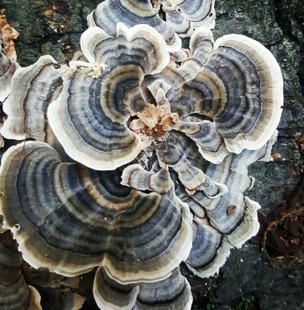 Trametes versicolor – The Turkey Tail Mushroom grows throughout North America and is known as one of the most renowned medicinal mushrooms in the world. It’s name is due to its resemblance to a turkey tail being fan like with colors of blue, brown, gray and white. High in B vitamins and minerals and the polysaccharide krestin or PSK.

Its medicinal uses include; energy boosting, blood circulation improvement, treatment of skin irritations and muscle growth promotion. The mushroom has been studied widely as it has successful results aiding in breast cancer treatment. This mushroom grows as bracket fungi on dead or wounded deciduous hardwood trees and can be found in clusters. 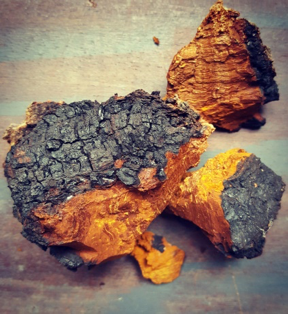 Inonotus obliquus – The Chaga Mushroom is an interesting and super beneficial fungus. It’s hard, woody-like structure is often mistaken for a burl; a tree growth. The distinction remains inside! Once broken up, the inner part of the mushroom contains a rich, vibrant orange shade. The conk like mushroom can be found year round in boreal forests on living trees, with its best companion being a birch tree. 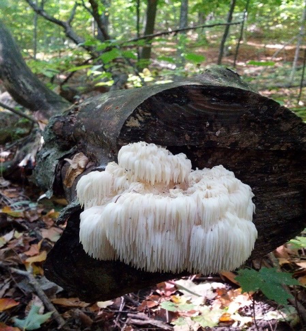 Hericium erinaceus – Lions Mane Mushroom is a unique mushroom with a white icicle like structure.  The mushroom is said to resemble the taste of lobster when sautéed in butter! Lions Mane can be identified by its white long spindle like fruiting body.

Lions Mane is well known for its nervous system support. The mushroom contains five different polypeptides and anti-tumor polysaccharides that enhance the immune system. It has also been known to inhibit cancers of the stomach, esophagus and skin.  It grows on hardwoods toward late summer into fall. 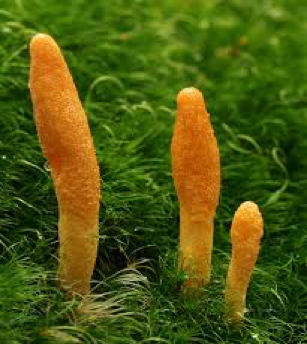 Cordyceps militaris – Cordyceps Mushroom can be found throughout North America from summer to fall, it has a watery orange finger like appearance.  The Cordyceps mushroom is parasitic, often attacking insects.

It provides the body with an increase in endurance levels due to its ability to allow the body to increase its oxygen uptake.  There are studies discovering that C.militaris induces apoptosis, the death of cells, in leukemia cells. This could potentially aid in leukemia therapy.

Medicinal mushrooms have fascinating properties to aid in human disease, rejuvenation and overall health. They have made their way into naturopathic medicinal practices and could change the way we live, providing natural health care to all!

If one knows the mushroom is correctly identified as the species, they are all safe. There are many “look a likes” so it is important to know your fungi identification and be sure you have the right one. Also, many are hard, tough and woody like structures, therefore not a choice edible. Medicinal properties are usually dried, ground into powder, put into capsules or extracted in a tincture or tea.

For more information on medicinal mushrooms and products please visit : www.fungifreights.com or email me at: fungifreights@gmail.com

Road Trip – Algonquin Provincial Park, Canada – Where to Stay and How to See Moose