It’s another early morning on the Camino. Since there are so few of us walking the alternative Roman Route, we all walk together today. We are far away from any asphalt, no houses, no shade and no water! They say this is the longest stretch of Roman road left in Spain today. We are literally following in the footsteps of Emperor Augustus himself. 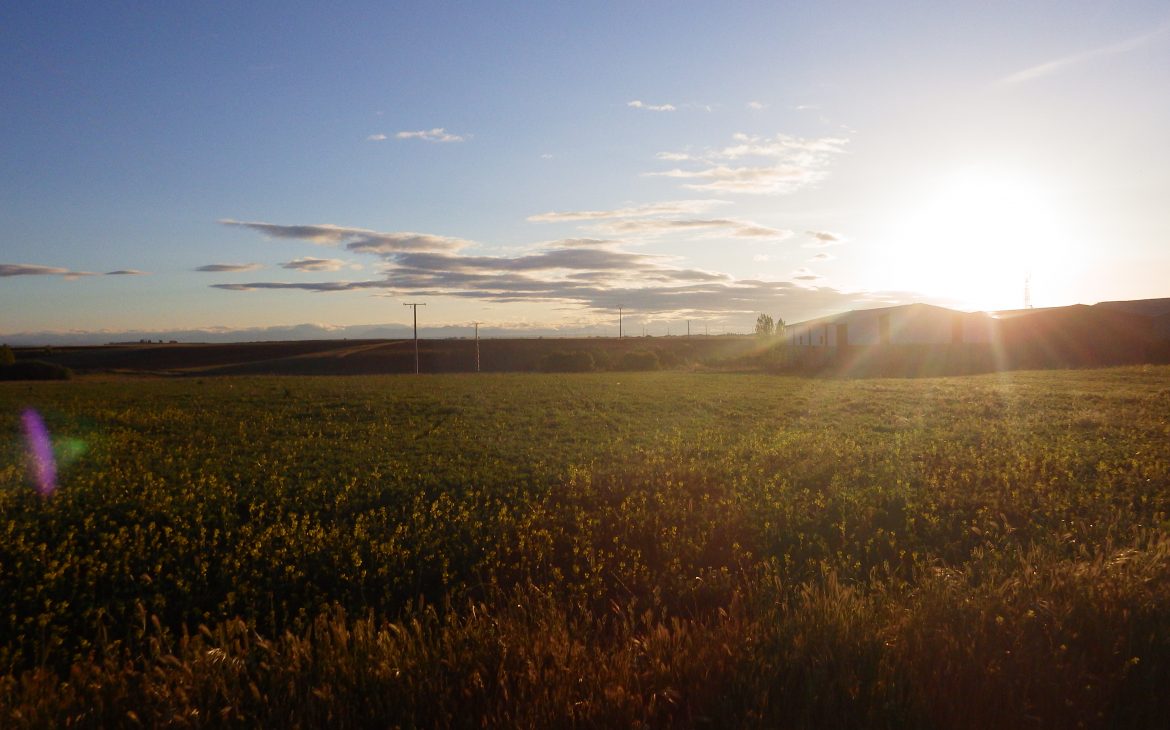 We now leave the asphalt along the Calzada Romana for 19.4 km of uninterrupted track. This stretch of the Roman road is part of the east/west highway built to link the gold mines of Gallaecia to Rome via Astorga Asturica Augusta and used by Ceasar Augustus in his campaigns against the Cantabrians; also referred to as Via Trajana being the spur that connected the route to Bordeaux. It was subsequently used by the armies of Islam and Christianity including Charlemagne in their battles for supremacy over the Iberian peninsular. After the re-conquest it became known as Calzada de los Peregrinos; known and loved today as the Camino de Santiago. 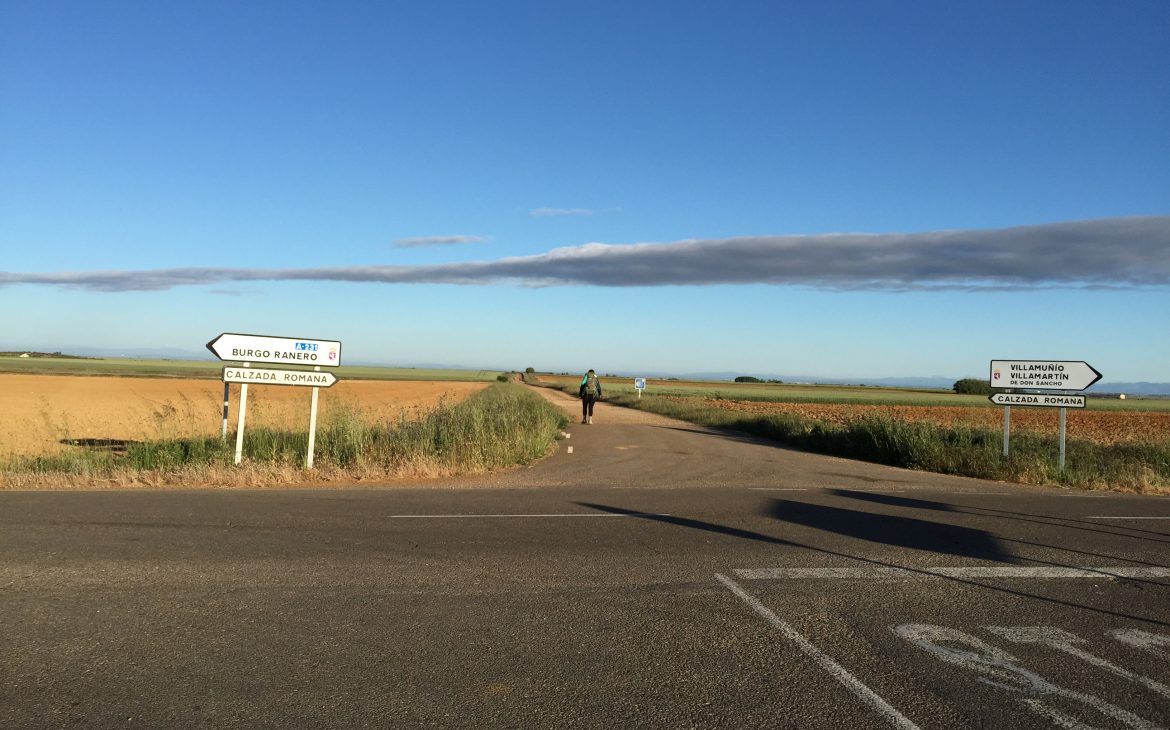 About halfway through the day our path intersects with the alternative more common route in the city of Reliegos. We stop at the first bar/cafe we see, Bar Elvis. The bar is full of character, with good music and writings from pilgrims around the world. We order a cafe before we trek on the rest of our way. 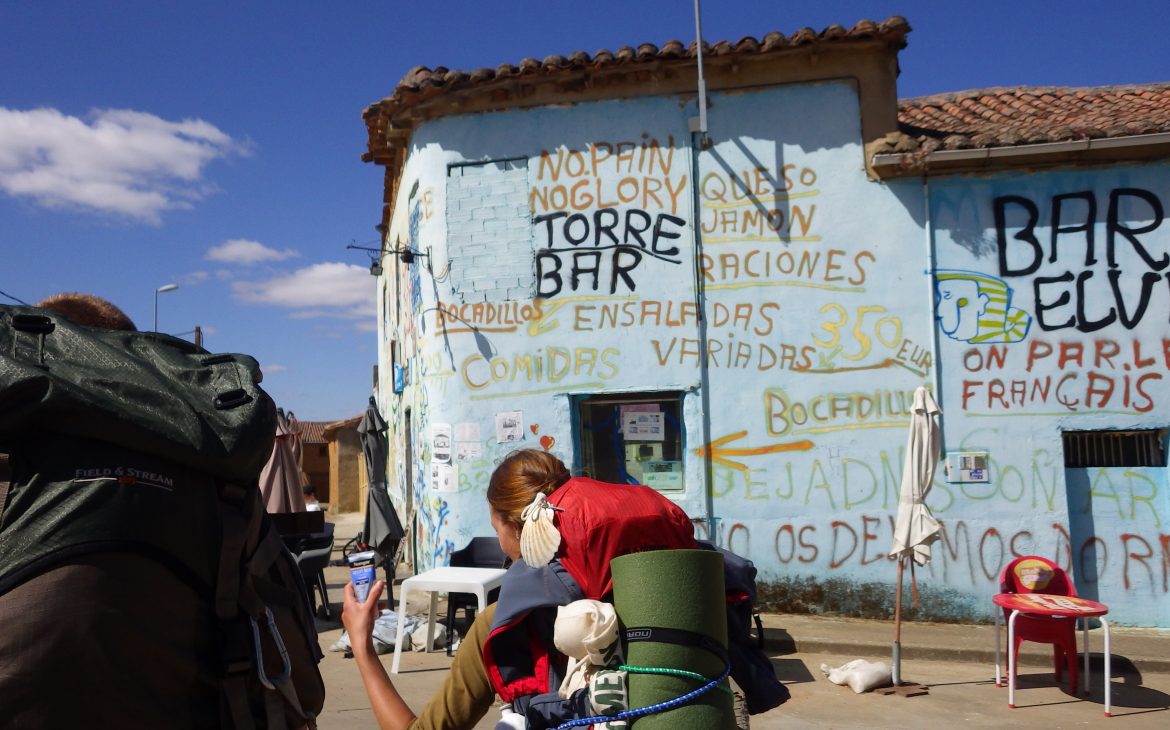 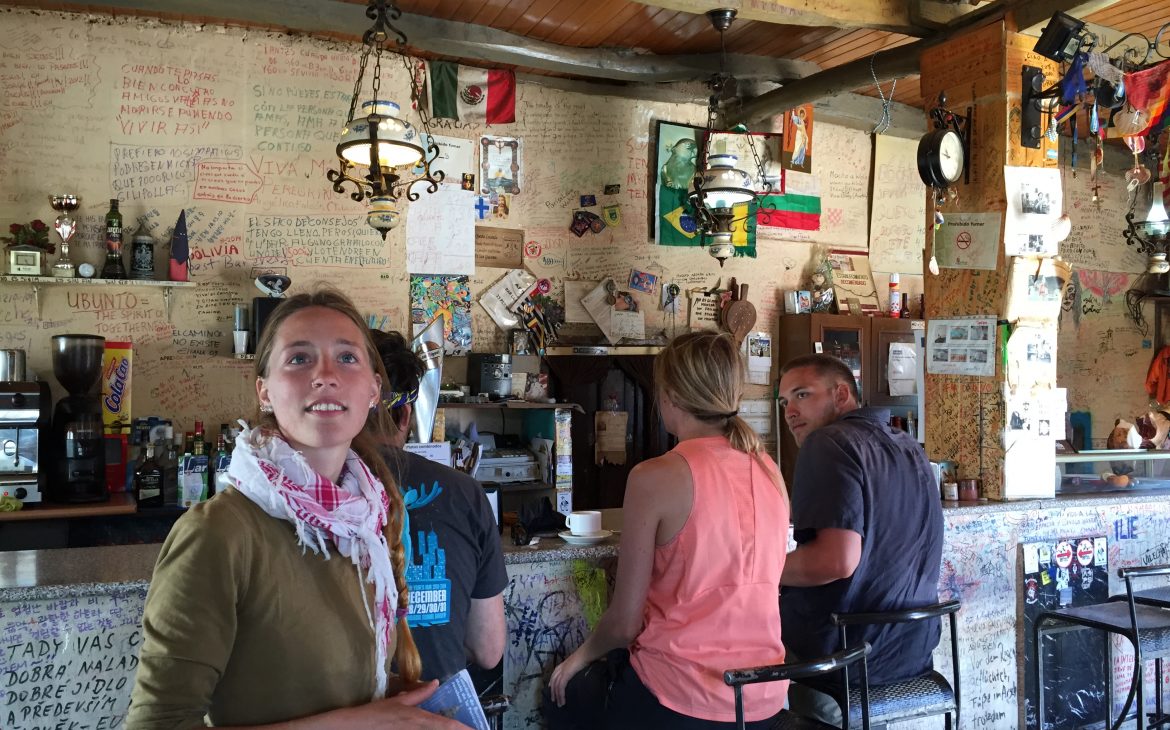 Having a Drink at Bar Elvis, Reliegos, Camino De Santiago

We continue walking as a group to the city of Mansilla De Las Mulas. This city has a population of around 1,900. This is the thing that amazes me about Northern Spain. We are walking through cities with such small populations. These people have land, they farm, herd sheep with only 1 or 2 stores for food and maybe a cafe. The food we eat is mostly the same. Tortilla for breakfast, which is not the same tortilla we think of. It is a potato and onion dish, formed into a pie and baked. For lunch, bread and cheese, maybe some jamon. For dinner chicken or fish, salad and fries.

There is a medieval wall that protects the town of Mansilla. We are getting closer to one of the largest cities on the Camino, Leon. The town of Mansilla is much larger than most towns we pass through. There are more restaurants and buildings. We eat together at a nicer restaurant. My first time ever trying Beef cheeks, which was spuriously good. 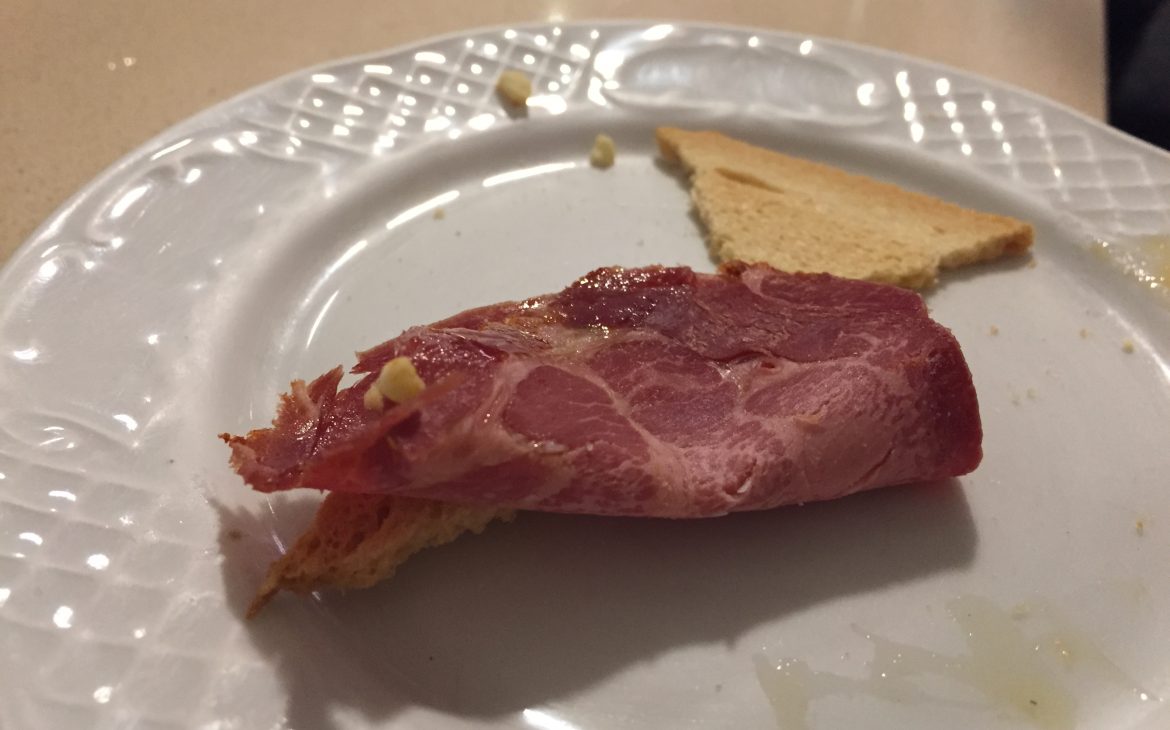